From Pigs’ Kidneys To 3D Printed Lungs: The Future Of Organ Transplants

Right from trying to grow artificial organs inside a laboratory to exploring whether animal organs can be used in humans, researchers have been breaching new frontiers. 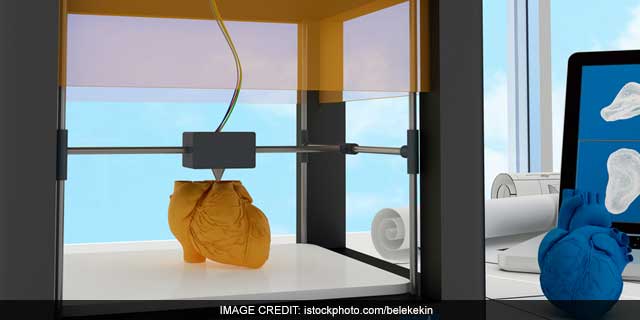 From Pigs' Kidneys To 3D Printed Lungs: The Future Of Organ Transplants

All around the world, the requirement for organs far outstrips the number of donations. In India alone, out of the 1.5 lakh people who require a kidney, only 3000 receive one.

Researchers around the world have been looking at alternatives to bridge this gap between demand and supply.

Right from trying to grow artificial organs inside a laboratory to exploring whether animal organs can be used in humans, researchers have been breaching new frontiers. While most of these studies are still at an experimental stage, and many have ethical issues attached to them, it is fascinating to see how the scientific community is trying to deal with organ shortage.

Here is a list of the top 5 medical experiments going on today.

Xenotransplantation looks into the possibility of transplanting organs from animals into human bodies, and while the idea of a pig’s kidney in a human body may seem like a line from a horror novel, it is currently the topic of a real medical study.

Researchers at Harvard are looking at the viability of using pig kidneys. The reason that pigs have been picked is because of their size, easy availability and a low risk of cross-species disease transmission.

The first xenograft heart transplant was performed in 1964 when a chimpanzee heart was transplanted in a human. However, this was unsuccessful due to graft rejection.

Using a gene-editing technique, researchers from the University of California, Davis are experimenting with removing a section of a pig’s DNA required for the development of the pancreas and introducing human stem cells in the pig’s embryo. The hope is that this would then develop into fully functional human pancreas.

In the past, experiments have successfully managed to grow mouse organs in rats using a similar approach.

This idea, perhaps, holds the most promise and is already seen as the key to reducing the likelihood of organ rejection after a transplant. Now researchers around the world are trying to create fully functional organs from stem cells.

In July 2015, researchers from the MRC Centre for Regenerative Medicine in Scotland announced that they had managed to regrow damaged livers in mice by transplanting stem cells taken from healthy adult mice.

More recently, in March 2016, a team of researchers from Massachusetts General Hospital and Harvard Medical School came the closest they’ve ever been to creating a whole heart from stem cells when they managed to grow a heart muscle complete with contractions.

Doctors might be able to create organs, ready for transplantation, with a simple ‘Print’ command. While such a scenario might take years to become a reality, plenty of research is currently underway on the use of 3D printers for bioprinting of deep tissue.

3D printing is already being used to assist in complex transplant surgeries, with printed organs being used to help map out and plan procedures before they are completed.

Researchers are banking on the idea that using a 3D printer, one should be able to print organs by using live cells as the ink. While living tissue has already been successfully printed, the problem that persists is that these have been too weak to implant in humans.

However, in February 2016, there was a breakthrough when researchers at the Wake Forest Institute for Regenerative Medicine, North Carolina, USA, reported that they had been able to keep a 3D printed baby-sized ear alive on a mouse.

In 2011, doctors for the first time were able to transplant a completely synthetic lab-grown trachea in a 36-year-old cancer patient in Iceland.

The medical team had managed to create the trachea by using plastic-like ‘nanocomposite’ polymer. The patient’s own stem cells were then introduced into the polymer’s microscopic pores and allowed to grow, minimizing the possibility of its rejection after insertion.

Based on the same idea, the world may soon have synthetic kidneys. Researchers at the Vanderbilt University Medical Center in Tennessee have said that they are close to developing an implantable biohybrid device that will mimic the functions of a kidney by removing enough waste to keep the recipient off dialysis.

From Pigs' Kidneys To 3D Printed Lungs: The Future Of Organ Transplants