Expenditure On Other Aspects And Not Incentives Is The Proper Way To Boost Organ Donation Rates, Feel Experts

A planned fund set up by the Ministry of Health and Family Welfare will cover educational and medical expenses of families of deceased donor members but, is this good idea? 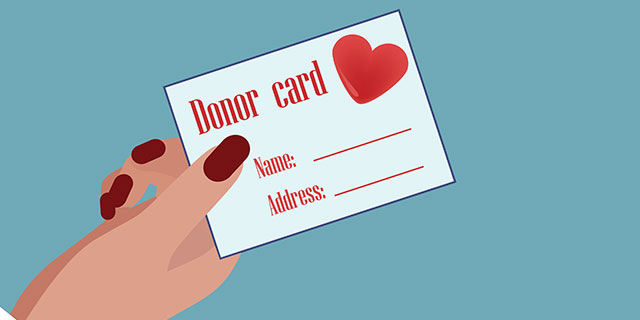 Over the last few years, consciousness regarding organ donation has been on a slow but steady rise. Though organ donation rates are still on the lower side, and the distribution of organ donation across Indian states is uneven, there are reasons to be hopeful as authorities like the National Organ and Tissue Transplant Organization (NOTTO) and NGOs are working to strengthen the network of organ donation. In August 2017, the Central government announced plans to set up a fund to provide scholarships and meet the medical expenses of families who have donated the organs of a deceased member. As per a proposal sent by the Director General of Health Services to the Ministry of Health in August this year, up to Rs 5 lakh will be provided to families of deceased members who are facing difficulties educating their children, or accessing healthcare services.

Incentives have more than often been used in India to reward and redirect people towards doing the right thing. The proposal has also pointed it out that no cash would be given to the families and instead, funds would be directly transferred to educational or medical institutions, assisting donor families. While incentives may have found success in other sectors in India where state or Central government incentives have promoted participation in activities, the organ donation scenario is largely more complex to bring in the concept of incentives.

Organ donation in India is still a tricky and sensitive topic. On paper, incentives may look like a good idea but for years, organ donation advocacy groups have worked to make people aware of the fact that organs of deceased family members should be donated without expectations of any rewards, and merely out of goodwill. That whole network gets compromised if incentives are highlighted as something to be given in exchange for deceased’s organs, said Dr Sanjay Nagral, Joint Secretary, Zonal Transplant Coordination Centre, Maharashtra.

Dr Arpita Ray Chaudhury, Joint Director of Regional Organ and Tissue Transplant Organisation (ROTTO), West Bengal also shares similar concerns. She said that incentives may backfire and the foundation that has been built over so many years to spread awareness on organ donation may be misinterpreted.

A government backed fund instead can be used to strengthen the regional transplant authorities, especially in eastern and northeastern states where the numbers of organ donation are really low, said Dr Ray Chaudhury.

Most organ transplants in India take place in private hospitals. Experts fear that a culture of incentives, began by the government may normalise the idea of compensating donor families, which better off people may end up doing frequently. It may also shoot up organ transplant rackets in India. Illegal transplants and donations are huge problems in India and poor and marginalised people often fall prey to illegal organ donation rackets.

International guidelines on organ donation, established by the World Health Organization (WHO) also adhere firmly to the fact that acts of donation should not be motivated by any financial rewards or incentives. At the 2008 Istanbul Summit on Organ Trafficking and Transplant Tourism, the Declaration of Istanbul stated that organ donation should not involve exchange of money or any benefits as it weakens the ethos of the programme. The declaration further stated that involvement of money in donation programmes puts economically weaker sections of the society at risk as they may become prone to exploitation. The declaration gave the example of Saudi Arabia, where up to Rs 10 lakh is offered to donor families but the rate of donation has not improved ever since incentives were introduced in 2006.

So how can the government boost organ donations if incentives are a no go?

Training transplant coordinators, tying up with hospitals to help identification and utilisation of organs to be donated, implementing latest technological innovations to assist organ transplant are some of the areas that the Health Ministry can look at and invest more in. Transplant should also be prioritised in government sectors, equipping government hospitals with infrastructure to ensure effective transplants. This will enable poor people to receive organs, said Dr Nagral.

Lav Agarwal, Joint Secretary, Ministry of Health and Family Welfare said that the ministry has received the proposal and will soon chair a meeting to discuss it.