Donating To A Stranger: The World Of Altruistic Donations

Altruistic donations are those where someone donates an organ to someone they are not related to or in some cases, even to a complete stranger. The real difficulty lies in distinguishing between cases that are truly altruistic and those facilitated by intimidation or money. 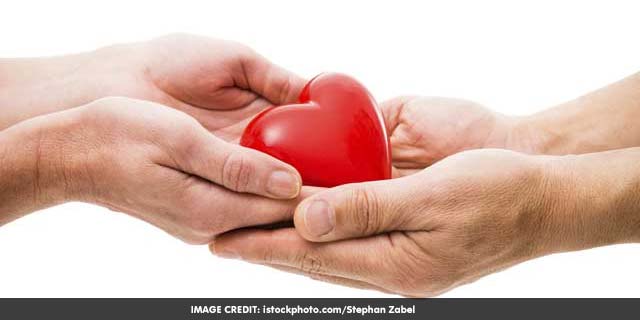 New Delhi: In September 2009 when a Catholic priest in Kerala spontaneously decided to donate one of his kidneys to a stranger, he had no idea that this was the spark that would create a huge momentum in organ donation in his home state.

For Father Davis Chiramel, it all started when a few men from his parish in Vadanappally, a village situated around 20 kilometers west of Thrissur, approached him asking for assistance to raise funds for a friend who was in desperate need of a kidney transplant.

“We raised Rs. 12 lakh and I asked them how they would get the kidney. They told me that one of them knew an agent in Coimbatore. I realised that what we were planning to do was illegal and that there was no guarantee that the agent would not run off with the money. So I told them that I would donate my kidney,” says Father Chiramel.

His story sparked off a wave of altruistic donations in the state.

Since then, 13 priests, 6 nuns and about 70 other Keralites have gone on to donate their kidneys to complete strangers. Additionally, 3,00,000 people have pledged their organs to be donated after their death via the Kidney Federation of India, an organization founded by Father Chiramel.

The state currently boasts of the second highest figures in India for cadaver donations. In 2014, it had a 1.7 per cent organ donation rate behind Tamil Nadu’s 1.9 per cent, with 58 deceased multi-organ donors.

What Exactly Is An Altruistic Donation?

Altruistic donations are classified as those where someone donates an organ, usually a kidney or part of the liver, to someone they are not related to or in some cases, even to a complete stranger. The key point here is that the donation is spontaneous without any coercion or monetary incentive.

While it sounds like a noble deed, it comes with its own set of problems, especially in the Indian context. Often it is very difficult to tell if a donor is genuinely altruistic or has been paid or coerced to donate their organ. India has seen numerous organ donation rackets leading to stringent laws and among the toughest regulations in the world related to donations. All ‘non-related’ donations have to be approved by a specially appointed state-level authorization committee.

One of the first known cases of altruistic donations took place in Tamil Nadu in 1999.

28-year-old Uma Preman offered to donate her kidney to a stranger she met at a hospital. While her decision was spontaneous and not forced, she had to prove her case in front of the Tamil Nadu Authorisation Committee.

“They thought that I was an immature 28-year old and questioned me about who would look after my son in the event of my death and what my motives were to take such a step,” she says.

Eventually, her case was approved and she was even lauded by the committee for her selflessness.

Since then, southern states like Tamil Nadu and Kerala have gone on to become the leading donor states in the country. In 2014, the two states together accounted for 49.6 per cent of deceased organ donations in the country, according to data released by the Mohan Foundation.

While the law remains the same for the entire country, different states have a different approach towards organ donations. For instance, while Kerala is known to approve more altruistic cases, states like Delhi are more cautious in their approach.

Uma Preman with Salil, the man she donated her kidney to in 1999.

“One key point of any altruistic donation is whether you can prove affection and attachment,” says Dr. Anil Kumar from the Directorate of Health Services. “We have to be very careful about misuse. Is it truly altruism or is there monetary transaction involved?”

Despite being an altruistic donor herself, this is a view even Uma Preman shares.

“I know that there are illegal kidney buyers and that there are hospitals which facilitate these transplant surgeries for money which are causes for concern. For most cases, I would recommend that a blood relative makes the donation or cadaver transplantation takes place. Only in cases where the donor is truly altruistic should unrelated donations be allowed because a majority of altruistic donation cases are centered on money,” she says.

It is for this reason that authorities are focusing on promoting deceased organ donations. With just 1 person donating per 2 million people, India’s donations rates are abysmally low, and there is huge room for improvement. In contrast, about 5 lakh people die every year just waiting for an organ.

Read More: In Numbers: The Status Of Organ Donation In India

If more people were to pledge their organs after death, it would clear a huge deficit and give a new lease of life to thousands. Take the Pledge to donate your organs