A Dismal Setting For Organ Donations In India

For a country with a population of more than a billion people, India has only 301 hospitals across the country that can perform organ transplants. The focus is currently on developing a comprehensive and robust national program where information and organs are shared in a fair, transparent and equitable manner. 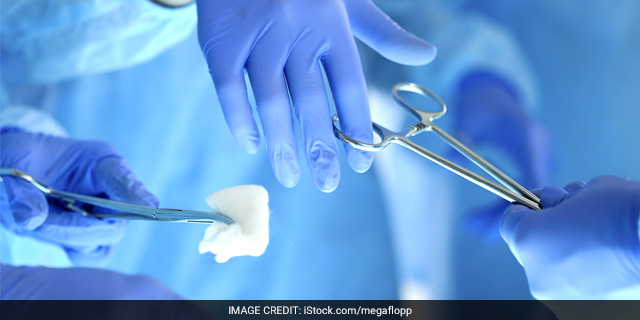 New Delhi: Look at any number or statistic related to organ donation in the nation and it paints a discouraging picture. Five lakh patients die each year because of non-availability of organs in India. Additionally, on an average, about 30,000 people are added to the waitlist annually for a liver transplant, 2.2 lakh await a kidney and approximately 10 lakh patients need corneal transplants.

The culprit in this situation is the severe shortage of organs that results from the nation’s poor organ donation rate of just 0.5 donors per million people. While authorities have been trying to educate the public at large and increase the rate of organ donation, there is another problem that needs to be addressed- the lack of infrastructure.

For a country with a population of more than a billion people, India has only 301 hospitals across the country that can perform organ transplants. Out of these hospitals, only 148 have registered with NOTTO or the National Organ and Tissue Transplant Organisation, the country’s apex organ donation agency.

The calculation is alarming – there exists just one hospital for about 43 lakh people that is equipped to conduct an organ transplant.

Also read: In Numbers: The Status Of Organ Donation In India

“Our biggest challenge right now is in the medical setup. Our hospitals are not equipped, our hospitals are not declaring brain death, you know?” said Pallavi Kumar from the MOHAN Foundation, a non-profit organisation that functions in major cities including Chennai, Hyderabad, Delhi NCR and Bengaluru.

A stipulated condition for donation in the case of deceased donors is the declaration of brain death. Hospitals are required to establish a government-approved committee that conducts tests specified in the Transplantation of Human Organs Act, 1994 and are detached from doctors that conduct the transplant procedures.

“There needs to be some provision in the law that puts pressure on hospitals to do a brain death audit. How many brain deaths did you have this month? How many did you declare?” said Ms Kumar stating that this audit will enable a better understanding on the reasons behind the lamentable rate of donations and transplants.

“If you don’t make a brain dead declaration, you will not be required to make that request.”

After the brain death audit, comes the task of actual coordination and planning. Poor coordination often leads to wastage, and in a country like India, every organ wasted is one less life saved.

Also read: Dummy’s Guide To Organ Donation: Everything You Need To Know

Bhavna Chabbria, CEO of Shatayu, an NGO that works to create awareness about organ donation, recounts a case in Gujarat where a patient was declared brain dead.

“There were no takers for a brain dead patient’s liver at the hospital he was admitted in. The hospital didn’t reach out to other hospitals to check for potential recipients,” she said.

Another important aspect to consider is the number of government hospitals that have strong transplant systems in place. Non-governmental organisations have been involved in pushing the government to have more such hospitals conducting transplants.

A Solution in the South?

Intense awareness campaigns, an online registry, a centralised distribution system and a government on board. The state of Tamil Nadu has managed to establish crucial partnerships with private institutions and NGOs that serve as “watchdogs” through their proactive initiatives.

“Every time they faced a roadblock in the procedures, in the carrying out of the programme, they passed a government order,” said Ms Kumar. These government orders serve to “supplement the main act.”

“It’s reached a point now where families actually get into hospitals and say, if there is no hope, please consider organ donation,” she said pointing out the intensity of awareness within individuals.

Now all experts look to the Tamil Nadu model to see how it can be scaled up to cover the entire country. The focus is currently on developing a comprehensive and robust national program where information and organs are shared in a fair, transparent and equitable manner.

Do you have a question about organ donation? Ask our experts here.

With inputs from Simar Singh and Tania Goklany