Menu
Home » The Internet of Everything - Industry Trends »

Manufacturing: IOT and the Next Industrial Revolution 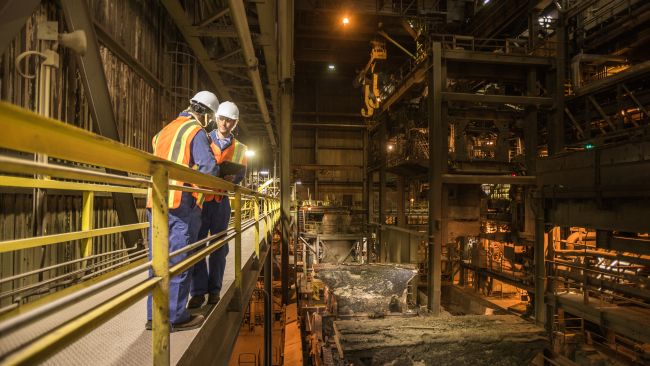 Since the Industrial Revolution, manufacturing has been transformative for countries and companies. In 2012, the World Economic Forum published a research report titled “The future of manufacturing: Opportunities to drive economic growth.” The research stated, “manufacturing has been immensely important to the prosperity of nations, with over 70% of the income variations of 128 nations explained by differences in manufactured product export data alone.”

In 2012, The Economist claimed we are entering the third industrial revolution, which is based on the digitization of manufacturing. Others refer to this as “Smarter Manufacturing”.

The development and adoption of the Internet of Things (IoT) is a critical element of smarter manufacturing. Though manufacturing companies have been implementing sensors and computerized automation for decades, the sensors, Programmable Logic Controllers (PLC) and PC-based controllers and management systems are largely disconnected from IT and operational systems. These systems are organized in hierarchical fashion within individual data silos and often lack connections to internal systems. There are several reasons for these legacy structures, including significant security issues.

These legacy structures differ from the open, highly connected IP network structures that play such a large role in the value propositions of IoT. While the transition to more open network architectures and data sharing of IoT poses challenges in manufacturing and industrial markets, the combination of IoT, Big Data, and M2M optimization will bring profound
opportunities.

IoT describes a system where items in the physical world, and sensors within or attached to these items, are connected to the Internet via wireless and wired network connections. The Internet of Things will connect and share data from inanimate objects. IoT will also gather and transmit data from sensors “Building Smarter Manufacturing With The Internet of Things” Copyright Lopez Research LLC connected to living objects such as people, animals and plants. IoT will connect everything from industrial equipment to everyday objects that range from medical devices to automobiles. IoT can share this data with systems and with people. (For more information on the definition of IoT read Part 1 of the series “The IoT Primer”).

In the case of manufacturing, high value production equipment has been heavily instrumented for some time in a closed, hard-wired network environment. Industrial standard sensors, controllers and networks are expensive and upgrade projects in existing facilities are not easy. The growth of IoT on the consumer side has driven cost reductions in sensors, controllers, and communications through high volume semiconductor manufacturing. However, industrial standard equipment is constrained by a huge installed base of legacy equipment and standards.

As costs of industrial standard “smart” sensors with IP communications and embedded controls falls, these solutions will be implemented across the whole range of manufacturing equipment and in new areas that have not seen heavy investment in automation, such as Balance of Plant4 (BoP) equipment and supply chain logistics. IoT will benefit manufacturing companies by collecting data from these sensors and communicating that data to factory floor workers, plant managers,
software systems and many aspects of the supply chain. (Read more: Where’s The Value In IoT For Manufacturing?)

THE INTERNET OF EVERYTHING – VIDEOS