“I’ve been visually impaired since birth, but neither I, nor my family fully grasped the gravity of what I was going through until much later." 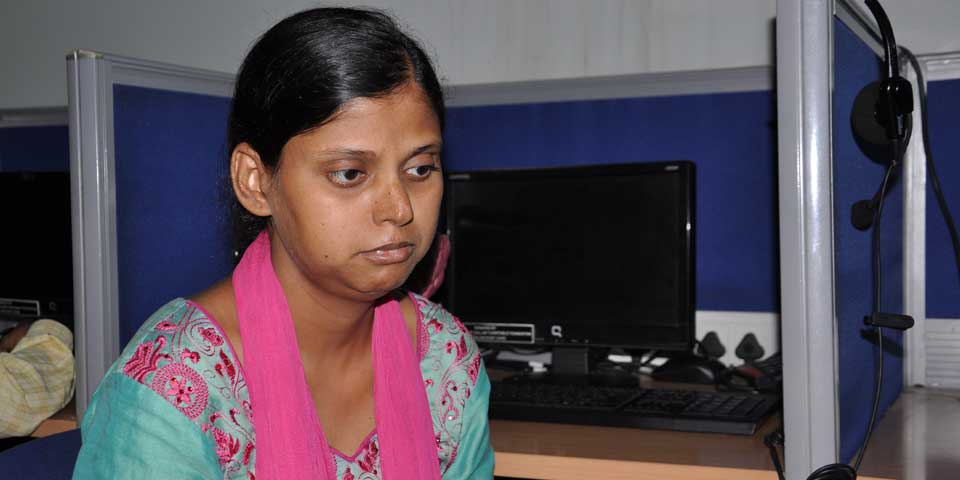 “I’ve been visually impaired since birth, but neither I, nor my family fully grasped the gravity of what I was going through until much later. Everyone in my family knew I had problems in seeing, but not the extent of it. I had a corrective surgery when I was about 5-6 years old, but that didn’t help. It wasn’t until 2007 that we learnt about my blindness. I cannot see at all from one eye, and very little from the other one. For instance, even though you’re sitting few inches from me, I cannot see your face. I can only make out that a blurred figure’s sitting across from me. It’s sad that no one in my family was aware of blindness as a condition even though all my 5 siblings have vision issues of varying extent.

“In school, it was extremely problematic for me to read textbooks. Since the font was so tiny, I had to bring the book really close to my face in order to be able to read it. It almost seemed like the book was sitting on my nose. I used to study in certain pockets of my school where teachers or students didn’t visit frequently because I was embarrassed of how closely I held the book. Each time I heard footsteps, I used to pull the book down. I didn’t want to attract uncalled for taunts.

“My daily routine was to rush back home after school, have lunch and sit down to study. I could still read and write a little during daytime, couldn’t do anything after sunset. I flunked my Class 10 exams because of my blindness. I could barely read the question paper, and I wasn’t aware that I could seek a ‘writer’ who would have helped me out by reading and writing the paper for me. After failing, I wasted a year at home doing nothing before I went to school to get my transfer certificate. That’s when I told the authorities that I failed because I couldn’t see. They then put me through to someone in Aligarh who told me about a blind school in Sector-5 of Delhi’s RK Puram. I was glad at the prospect of going back to studying. I completed my schooling from there, after which I graduated in BA Programming from Delhi University.

“I came to The Blind Relief Association about a month-and-a-half back. One of my friends who I studied with in the blind school told me about this association. He was undergoing a call centre training programme at the association; it seemed lucrative, I joined too. It’s a six-month long training program and the association will hopefully help me out with a job placement. I have also applied, and am simultaneously preparing for the Bank PO exam; the admit card is yet to come.”

– As told to Tania Goklany. She met Sayma at The Blind Relief Association in Delhi.