"I used to indulge in habits that are looked down upon by the society - drinking, smoking, rag-picking, stealing. Reformation took a few years, but I'm a successful and much better person now." 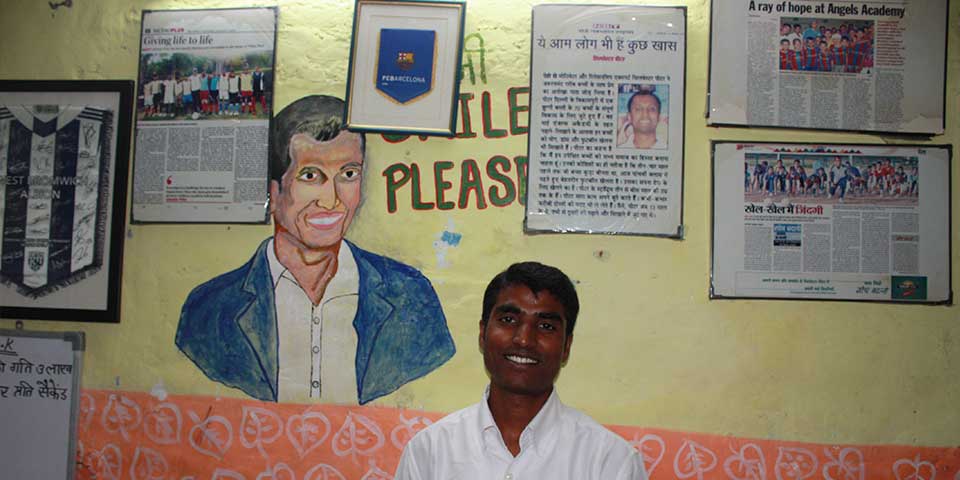 “I was six-years old when I joined My Angels Academy. As a child, I indulged in everything commonly perceived as negative. I used to beg on roadsides, indulge in drugs, and steal stuff – even from my family. I used to smoke because I used to think it makes me look cool. For the sake of making a quick buck, I also assumed a ragpicker’s role. I was associated with the academy while I was indulging in all these habits. My reformation took quite a few years. Sylvester bhaiya, the founder of My Angels Academy, patiently helped me change my life’s path. When I was about 19-years-old, he walked up to me and told me that I may have changed my habits for the better, but that doesn’t make me a good person. He told me that I should share all that I’ve learnt with the younger angels (as children belonging to the academy are fondly referred to as) and not be selfish about the knowledge gained. I was working part-time as an assistant accountant then; I told him that it doesn’t leave me with a lot of time to be able to teach at the academy. He gave his own example and said that if he could devote time to the academy despite a corporate job and additional responsibilities, then I could be a little more open-hearted. I realised I was being egocentric, and agreed to teach the angels. Now, I am a successful banker at the Indian Bank; I teach the children at the academy; donate 50% of my salary to it; and manage its funds. Accepting more administerial responsibilities at the academy has only helped me brush up my leadership, time management skills and made me a team player. I gained a lot by sharing.”

– As told to Tania Goklany. She met Sandeep at My Angels Academy in Delhi’s Vikaspuri colony.