"My mother moved to Delhi with all her children, including me, when she learnt about my father's second marriage to another woman. His children from the other marriage are all quite well settled. Maybe, if we were still living with him, our lives wouldn't have been ruled by poverty." 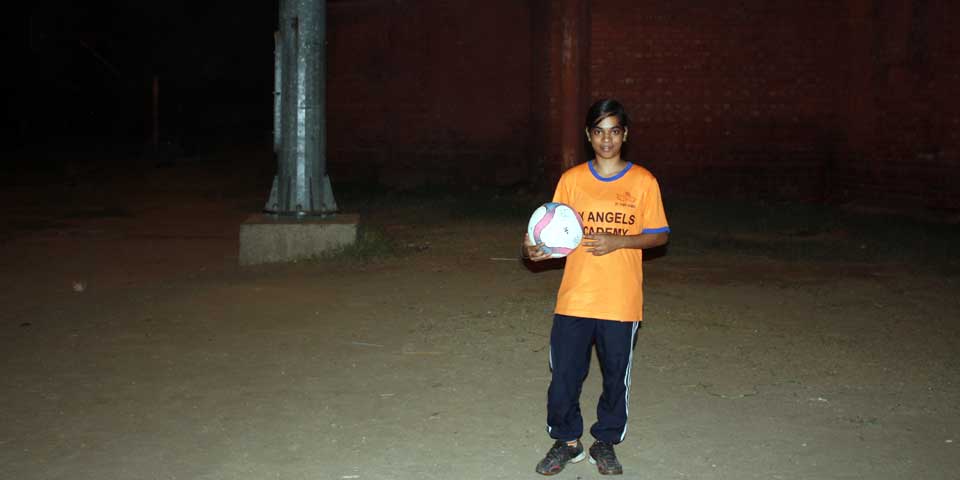 “My mother moved to Delhi with all her children, including me, soon after I was born. That’s when she’d learned about my father’s second marriage to another woman. I am the youngest child in the family. I have four older sisters, and one older brother. The children my father has from his other wife are also all older to me. So in all probability, he’d married both women around the same time. He stays with his other family back in Nayanagar in Bihar and leads a comfortable life. I’ve met him only once. I was in Class 9 then. He refused to acknowledge me – so much so that when I touched his feet for blessings, he didn’t react or respond.  He holds a government job in the railways sector, and lives in a flat unlike us. The oldest of the three kids from his other marriage is an engineer; another one has completed her graduation and a beautician’s course. Sometimes I get the feeling that the quality of my life, was I still in Bihar and living with him, would have been much better. I’m bound to feel that way, right?

“Life’s always been a struggle for us in this slum (in Delhi’s Vikaspuri). My mother works as a domestic help and has been doing everything in her power to sustain the family. Only me and my older sister managed to complete our schooling. When we would return home from school, there would be no food at home since mother used to leave home early for work. I’ve spent most of my life eating bread with tea. Neither could we afford the ration, to be honest. Mother would usually ask for a pittance of an advance in the houses she worked to be able to buy milk or a few veggies on her way back home for dinner. This was a routine affair.  Four of my oldest siblings had to drop out after Class 5 or 6 because we couldn’t afford school. All my siblings are now married and none of them are contributing financially. My mother runs the house and I put in whatever little I can.

“I am pursuing BA Programme right now. But I’m not great at academics. I just want to study enough to be independent; I don’t want to run to people to explain things to me written in a form, I have to fill. I wanted to quit school after I had flunked Class 6. Sylvester sir, the founder of My Angels Academy with which I’ve been associated since I was six-years-old, counselled and convinced me not to. You know, my mother fed me, but it was him who gave me a life. It’s very difficult to make it without education. If I hadn’t continued studying, I would’ve probably ended up working as a domestic help like my mother.

“What I really want to do is teach Bharatnatyam and football to children. I am training in the classical dance form and wish to graduate in it. As far as football is concerned, I am already earning by coaching children of a nearby private school and refereeing every now and then. Sylvester sir expressed enough faith in my football skills. He used to say that I had the potential to become a professional player, but my diet was too bad to support this dream of his for me. Also, since I had never played with trained players and only played with younger girls, I was not confident about my football skills. Although, I am the captain of the academy’s girls team and have won several accolades. Recently, we beat the American School’s girls team of 20 players. They were all trained and almost 6 feet tall, while we were a team of eight girls out of which six were not even 5 feet tall. I was determined to defeat them because I’d accidentally heard their coach tell Sylvester sir that they were sure to beat us. We conquered them in their own field.

“My mother has always been very supportive of me. My older siblings, not so much. My sisters eventually came around and wanted me to lead a better, different life than theirs. But my brother discourages me till date. He says that football is a boy’s game, that I’m wasting my time and should join my mother in doing something productive. All this despite the fact that I’m making an earning from the sport. I’ve been paying my own college fees, donating 30% of my earnings to the academy, contributing a bit at home and saving up. I’ve actually saved up quite a bit of money and told my mother that it’s all hers. I even made an ATM card in case the money needs to be pulled out urgently.”

– As told to Tania Goklany. She met Pooja at My Angels Academy in Delhi’s Vikaspuri colony.