“I studied till about Class 4. Once my eyesight started weakening, I lost interest in getting educated. I even attended a blind school, but for a very brief period. I didn’t enjoy the environment there. But now I regret my decision to quit studying. I would’ve had more employment opportunities and a different outlook towards life had I continued." 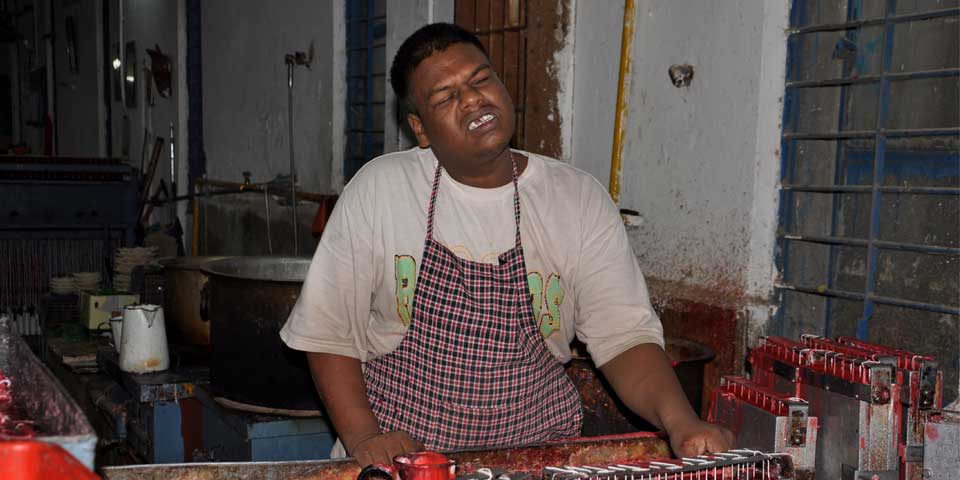 “I wasn’t born blind. I lost my vision in 2005 after a bicycle air pump hurt my eye. The doctor we visited in my hometown (a village in Bihar’s Chhapra district) gave me ulta-seedha injections that didn’t provide any relief or help my eye. So I consulted another doctor in Chhapra district, who referred me to another doctor in Patna, who further referred me to a doctor in Lucknow, who further referred me to yet another doctor in Nepal. I underwent an eye surgery in Nepal which helped me regain my vision, but then my eyes started losing vision. I was hurt in one eye, but lost vision in both eyes after the surgery. I then got lenses from Delhi’s AIIMS hospital in 2000. By 2005, these too gave away. We then went to another hospital in Delhi, and learnt that there was no way I’d be able to see ever again. My mother offered to donate one of her eyes to me, but the doctor used an analogy of light bulbs to explain that there’s no hope if the fuse goes off. Some very crucial nerve has dried up apparently.

“I studied till about Class 4. Once my eyesight started weakening, I lost interest in getting educated. I even attended a blind school, but for a very brief period. I didn’t enjoy the environment there. But now I regret my decision to quit studying. I would’ve had more employment opportunities and a different outlook towards life had I continued.

I tried escaping to Delhi several times, but my parents would catch up with me and drag me back home. I finally made it to Delhi in May, 2014. They sobbed a lot on realising that I’d left my hometown. They even sent a few relatives living in Delhi to check on me after I arrived. However, they’ve all accepted my decision now and are happy that I’m doing something in life.

“I have been living and learning at The Blind Relief Association since the day I set my foot in the national capital. I have been undergoing multi-skill training in candle-making, giving massages, stitching, and so on, for over a year now. My aim is to get a job for a few thousand rupees, stand on my own feet and not be a burden on anyone.

“My younger brother and sister are also blind. I tried to get my brother admitted into The Blind Relief Association, but Sir said that he’s too young to join right now. As far as my younger sister’s concerned, I’m making sure that she completes her education because I don’t want her to make the same mistake I made. I ruined my life by giving up on education, I hope that God is gracious towards her and gets her a good job. What scope would she have in life if she just stays at home and does nothing?”

– As told to Tania Goklany. She met Nitesh at The Blind Relief Association in Delhi.