“I want to become an international football player after I complete my schooling. If I don’t, I will give whatever I have in me to make world-class players out of angels." 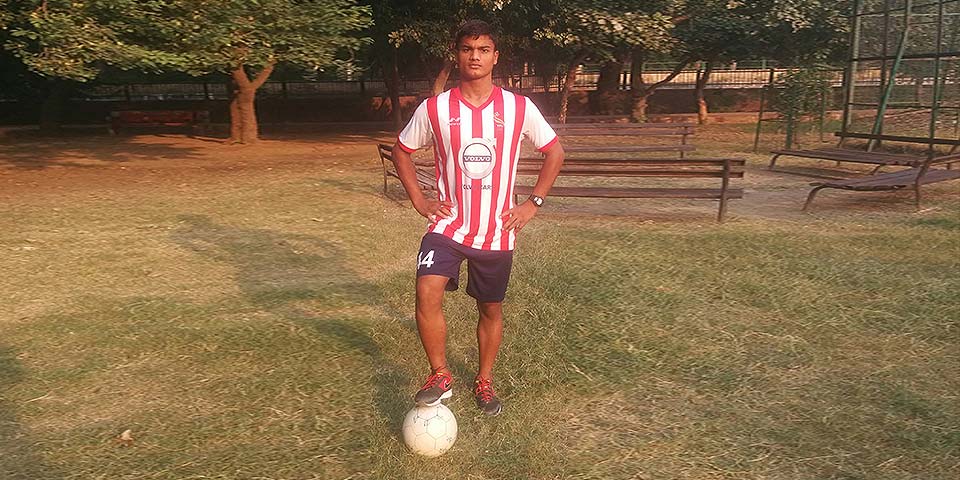 “I used to jump into garbage piles to look for material I could sell for money. Often I’d steal iron chunks to sell. I and my friends have also crashed a lot of weddings to loot the guests. Beer, that’s why we were always on the lookout for a quick buck. Often, I wouldn’t even return home at the end of the day. I’d just sleep on the road or footpaths with garbage piled up right next to me. Didn’t my parents worry, you ask? They were never particularly concerned about me or care too much for me. Sometimes, they’d just beat me up a little the next morning when I went back home. I was in Class 6 then, four long years since I’d joined My Angels Academy.

“Sylvester sir, the founder of the academy, encouraged me to quit my ways several times, but I didn’t dissuade. He found out about it from some of the other angels (children associated with the academy are fondly referred to as angels) who told him when he wondered aloud why I wasn’t regular for the academy’s early morning practice. He told me that I played well and that I should focus on the sport, but I just couldn’t wake up early after my late night shenanigans. He then started issuing warnings. While giving me the third and final warning, he told me very sternly that I would never be allowed to enter the academy again if I didn’t quit leading this disrespectful life. It was then that it struck me that I was deceiving myself. I quit, and swore to rectify my ways.

“Things started falling in place after that. I started becoming more involved in football and became rather good at it. But soon after, when I was in Class 7 I think, I had my first smoke. Also my last so far. As fate would have it, one of the angels saw me smoking and told Sylvester sir. He explained to me that smoking would affect my football, and banned me from coming to the football ground for 15 days. I’d started taking the sport seriously by then.

“I cracked the trial held by and for Liverpool International Football Academy in Pune in 2013. Had I been able to afford its fees of Rs. 5 lakhs – which they never mentioned until I got selected in the open trials – I would’ve trained with them for five years and played a lot of big matches across the country.

“Last year I gave trials in Goa for Salgaocar F.C., a football club that plays in the Indian I-League. I got selected the first year; they’ve said they’ll call me if they need a player this year. I also appeared for East Bengal team’s trials recently, but I didn’t get selected. I’m playing for the American School now.

“I want to become an international football player after I complete my schooling. If I don’t, I will give whatever I have in me to make world-class players out of angels. My first-hand experience of having appeared for trials will come in handy then. I give them lessons at sharp 4pm thrice a week – Monday, Wednesday and Friday. There’s no point being possessive about my skill. I learnt it all from sir; it’s only fair I give back to the academy.

“I hope to contribute enough money to the academy to be able to expand across more states. I have a name and identity today because of Angels Academy; it gave my life meaning. I think I’m more attached to the academy than my family.

“I am making a little money by refereeing now. I will soon be refereeing for the Delhi Youth League which is around the corner. I put in 30% of whatever I earn into the academy’s funds and give the rest to my mother. We live hand-to mouth; my mother’s a domestic help, and father’s works as a labourer. He’s asked me to get a ‘real’ job so many times. To deter me from pursuing football, he’s burnt my football jerseys with cigarettes and torn apart my studs several times. But my mother, older sister and her husband are very supportive. They keep collecting money for my football expenses that crop up unexpectedly now and then.

– As told to Tania Goklany. She met Tanjeer at My Angels Academy in Delhi’s Vikaspuri colony.