"At the behest of sex workers of GB Road, I established a center to raise their children. Once you educate them, they want to achieve better things in life than settle down in a red light area." 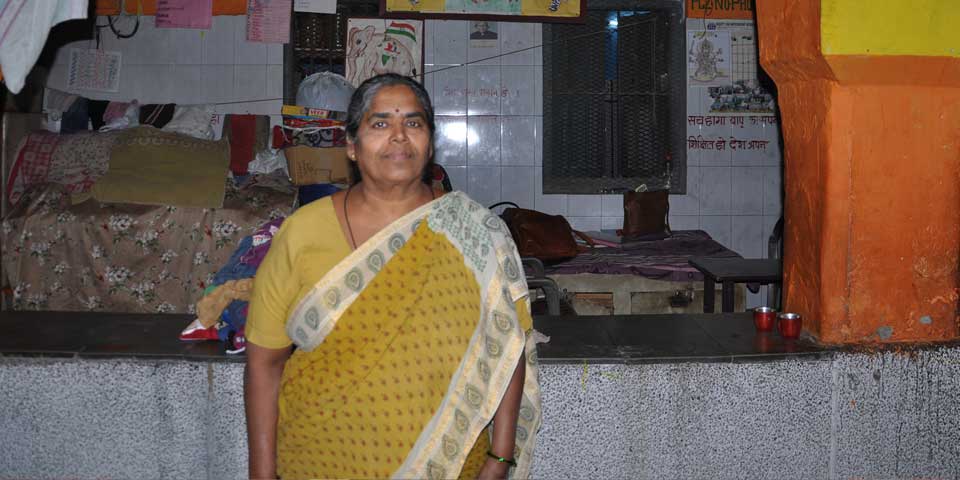 “My first visit to GB Road, the national capital’s red light area, was in 1988. I was curious to know about the profession of sex work, and the circumstances under which women took it up. They opened up to me without much resistance. In retrospect, I think it must have been because I spoke to them in their native languages. I am fluent in Kannada, Marathi and can speak decent enough Bengali. I established a personal rapport with most of them.

“Co-incidentally, 1988 was also the year when India was becoming conscious of HIV – AIDS. They would often ask me questions about how the disease spread and how to prevent it. I took it upon myself to spread awareness and educate them about the syndrome.

“Soon enough, they started requesting me to do something for their children. I reciprocated and established a center, in 1991, in GB Road itself for the children of the sex workers. What started as an open shelter back then, became a 24*7 residential sanctum for the children in 2012. The first batch of children I started the academy with are well settled and have jobs in various professions like health, hotel management, engineering, and nursing to name a few. Some of them even have children of their own. You know, once you educate children, they want to achieve better things in life than settle down in a red light area. By education, I am not referring to just literacy, but holistic development that involves imbibing moral, ethical values that help expand their horizon, and make them better, more responsible citizens who will contribute to the society and the economy. My effort, right from the beginning, has been to prevent second generation prostitution, and push these children to get out of this place and lead respectable lives.

“Once this girl, who’d secured a first division in her Class 10 CBSE Board exams, came running to me and hugged me tightly saying ‘Aunty Ji, first division!’ I choked with emotion. That day I felt like I’ve made a difference.

“But it’s not easy to get our children enrolled in schools. So many times, schools have cancelled admissions after learning that they’re from GB Road. One school told us ‘that parents of other children would mind if we admit them’. This was when we’d just mentioned the address, and not their mothers’ profession! My children are often even singled out and discriminated against by the school faculty and students.

“It hasn’t always worked out the way I’d want it to. Some of the boys who were part of the academy went on to become pimps and got involved in substance abuse. I had limited funds, and was more inclined to help girls than boys. I regret the fact that I couldn’t help those boys, but there was only so much even I could do.

“Today, there are 65 children who are associated with the academy. 55 of them stay here, the rest of them go back to their mothers at night. We try to convince and counsel the mothers to let the children reside in the academy. But it takes time, and we don’t want to do it against the will of the mother. We want this to be a healthy affair.

“About 25 of the 65 children are taken care of by the Delhi government owing to the Integrated Child Protection Scheme (ICPS). To raise the rest of them and to make the academy’s ends meet, we accept donations and try to raise funds. Arranging finances has been one the most challenging aspects of running the academy. Also, space. Arranging space to run the academy involved a lot of running around. It took me six months to get a room in this school run by a municipal corporation. Back in 1991, when I held the keys in my hands to the room for the first time, my joy knew no bounds. Now, as you can see, we’ve expanded quite a bit after running from pillar to post for it.

“It’s been a sweet, sour and bitter journey. It’s what makes a good sambhar (a lentil based vegetable stew) anyway!”

– As told to Tania Goklany. Lalithaa Nayak is the founder of the SMS Center for Children of Women in Prostitution on GB Road. The Center comes under the NGO Society for Participatory Integrated Development’s (SPID) . *Local NGOs estimate that 4,000 women are currently employed as sex workers in over 100 brothel houses on GB Road, Delhi’s biggest red light area.