Krishna's mother recently got him enrolled in an English medium school. She's illiterate and doesn't want him to lead the same life she did. "I want him to complete his education, get a good job and lead a well settled life. Because I am illiterate, I have to seek help from people to read even sign boards on railway and bus stations. I don’t want my children to seek help like I had to”, she says. 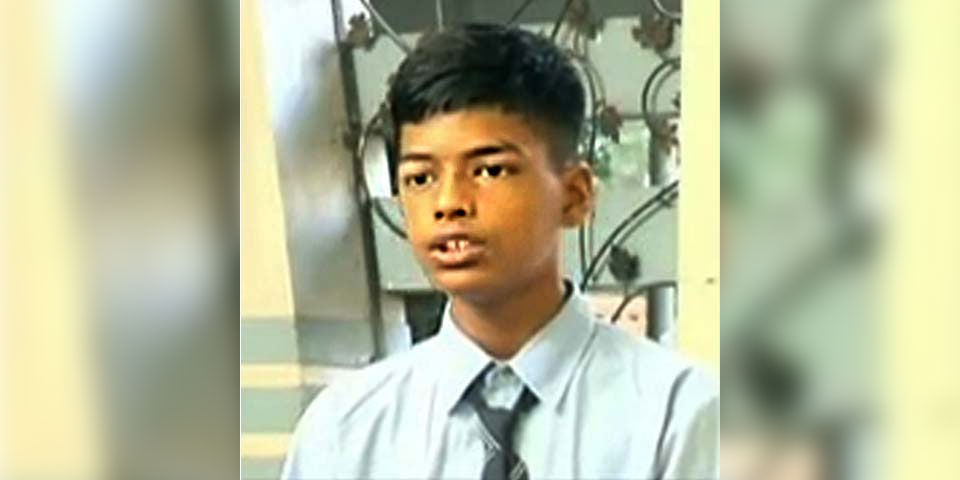 “I used to live in a slum in Mumbai’s Churchgate area”, says a 13-year-old Krishna Yadav, adding that he has now moved to a better house in Govandi that his mother built. He was recently enrolled into a good English medium school and can now speak the language in bits. It’s the preferred language of communication even in the place he goes for tuitions.

After his tuitions, he heads home and finishes his homework. After that, he goes to the footpath for his classes. The bhaiyas and didis that teach him there belong to a Mumbai based NGO called Humara Footpath that aims at holistic development of underprivileged children, young adults and families. It provides academic tutelage, life skill and vocation training to people.

His mother, Rakhi Yadav, used to work as a ragpicker in Churchgate. “Life hasn’t been easy for me. I have faced difficulties since I was a child. My parents couldn’t afford to send me to school. They weren’t as aware of things either. They were illiterate, and so am I. I didn’t want my children to remain illiterate as well”, Rakhi says.

“My mother takes good care of me”, Krishna says, adding that he can feel that his life is changing. When someone from Humara Footpath knocked at their door, Rakhi told them that she didn’t want her son to lead the same life as she did. “I want him to complete his education, get a good job and lead a well settled life. Because I am illiterate, I have to seek help from people to read even sign boards on railway and bus stations. I don’t want my children to seek help like I had to”, she says.

When he had started going to school, Rakhi says, he was very self-conscious and scared because he belonged to a relatively poor family. She encouraged him, and told him that he had all the right to study and do well in life. “You should set an example. People should look at you and say that children from footpaths can also lead a good life”, Rakhi would tell Krishna to motivate him.