"I moved to Delhi with my family after my hut in Bihar got washed away in the 2007 floods. I happened to run into Sylvester bhaiya who gave my life meaning, purpose. All thanks to him, I can boast about my football skills. Did I mention I went to France to play for FC Metz?" 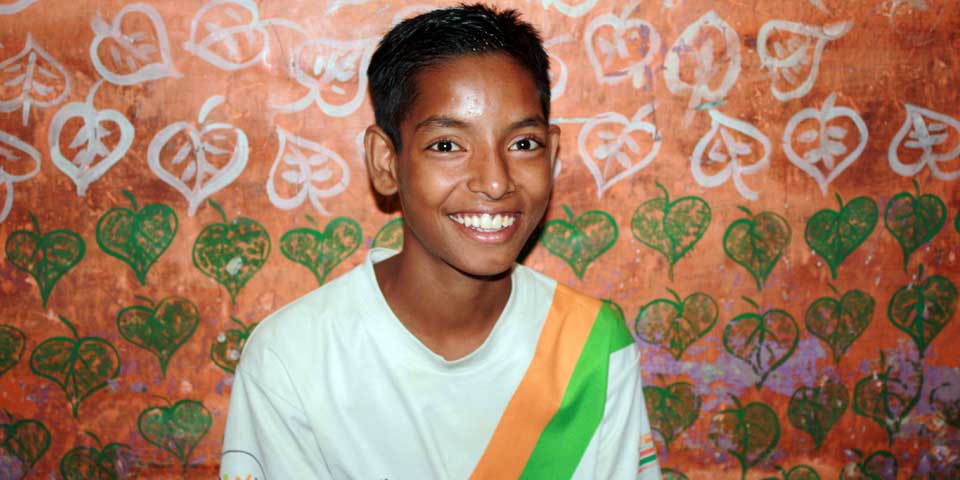 “I was roaming around aimlessly when I noticed Sylvester bhaiya, the founder of My Angels Academy, training a few children in football. I walked up to him and asked him if I could play as well. He told me that I could play with them after a month – after he had monitored my behaviour and determined if I had any discipline issues. I was seven-years-old then.

“A month later I started practicing football with bhaiya and the other angels (as children associated to My Angels Academy are fondly referred to). I had something to look forward to. I went to France in May 2015 to play for FC Metz. A three-day tournament called My Chance was held to scout for young football talent. Three children were to get selected; I was the fourth to be chosen. Two of the four, by the way, belonged to My Angels Academy. They made an exception for me; I was selected over and above them. I was exhilarated. It took me over a year to go to France though. My passport took a really long time to arrive. I was there for 13 days; each day was scheduled for. I trained with them and also played a friendly tournament for them. We lost the tournament, but I scored three goals.

“Denis Schaeffer, the director of FC Metz, invited us to his home for dinner. He also took us out to Disneyland where we took a lot of rides. It was quite an experience. I love France. It’s green and has a lot of trees; it’s absolutely spick and span and has dustbins all over the place.

“My dream is to play for Real Madrid. But I want to play for Angels and earn it a name. The academy gave my life meaning and purpose. I’d moved to Delhi after a flood in Bihar washed away my hut in 2007. Sylvester bhaiya took me in and trained me in football. He’s like a father to me.

“We had to start afresh when we arrived in Delhi. It was a while before we settled down in our roles. My father took up a carpenter’s job and my mother works as a domestic help. My older brother faced a lot of problems while enrolling himself in a government school. The school authourities kept insisting for his Aadhaar card despite knowing the floods washed away everything. Sylvester bhaiya helped out with his admissions too, but to no avail.

“I come to the academy to study and train in football. I also put up dance performances during the academy’s annual functions. Whatever I learn, I share with the junior angels. I teach the younger ones basic Maths. I prefer football over studying. But studying is important too. I should be able to read and understand what the football contracts read, right? And if I break my leg or something, I will have to fall back on my education for employment opportunities.”

– As told to Tania Goklany. She met Anand at My Angels Academy in Delhi’s Vikaspuri colony.