Education in India: Learning from the Past

A particularly interesting aspect of education in India, as we celebrate India’s 69th Independence Day, is the comparison of the change our freedom fighters anticipated and struggled to bring within our education system, with what the situation is at present.

Written by Neha Sabharwal and Ketaki Saksena on August 12, 2015 | Blogs 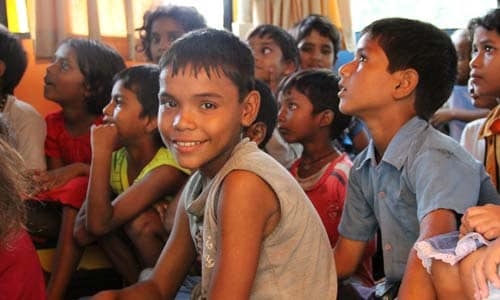 “Basic education links the children, whether of the cities or the villages, to all that is best and lasting in India.” — Mahatma Gandhi

Whether we look at our mythology or our history, it is difficult to ignore the prominence given to education in India. Our country has revered teachers and gurus, given significant importance to places of education or gurukuls and established institutions like Nalanda and Taxila.

Historically, from the early era to the Mughal and Colonial to finally the post-independence period, the education system in India has undergone enormous changes.

A particularly interesting aspect of education in India, as we celebrate India’s 69th Independence Day, is the comparison of the change our freedom fighters anticipated and struggled to bring within our education system, with what the situation is at present.

The traditional form of education (which had its own pros and cons) underwent crucial changes post the advent of the British in India. According to historian Hetukar Jha, the British policies in respect of education and land control adversely affected both the village structure and the village institutions of secular education. Gradually, village as the base of secular identity and solidarity became too weak to create and maintain its own institution by the end of the nineteenth century and the traditional system decayed.

British education became solidified into India as missionary schools were established during the 1820s. New policies in 1835 gave rise to the use of English as the language of instruction for advanced topics. British historian Thomas Babington Macaulay succeeded in implementing his ideas on education in India through his famous minutes of February 1835 and the following quote which has been mentioned in various text books, “I have travelled across the length and breadth of India and I have not seen one person who is a beggar, who is a thief. Such wealth I have seen in this country, such high moral values, people of such calibre, that I do not think we would ever conquer this country, unless we break the very backbone of this nation, which is her spiritual and cultural heritage, and, therefore, I propose that we replace her old and ancient education system, her culture, for if the Indians think that all that is foreign and English is good and greater than their own, they will lose their self-esteem, their native culture and they will become what we want them, a truly dominated nation.”

As the national movement gained momentum, simultaneously the idea for a national education system also gained prominence. Complete independence or Swaraj was seen an essential stepping stone to the development of national education in the country. This can be exemplified through the thoughts of Rabindranath Tagore, who in his paper on ‘Shikshar Her’, published in 1892, pointed out to the inadequacy of the prevailing system of education under the British Raj and pleaded for the acceptance of Bengali as the medium of instruction.

Stanley Wolpert in his writings on “Tilak and Gokhale: Revolution and Reform in the Making of Modem India”, in 1962 wrote on Gokhale’s efforts to propagate for  mobile libraries, founding new schools, and providing night classes for factory workers through the association “The Servants of India Society”

Freedom fighters such as Sarojini Naidu and Jawarlal Nehru are famous for voicing their views on the need for reformation in the education system post-independence,

Abul Kalam Azad, Indian scholar and a senior political leader of the Indian independence movement and the first Minister of Education in the Indian Government believed that a state cannot claim to have discharged its duties till it has provided for every single individual, means to the acquisition of knowledge and self-betterment. This dream of citizen’s rights to education seen by Abul Kalam has seen light with the enactment of the Right of Children to Free and Compulsory Education Act (RTE) 2009. The Act ensures free and compulsory education to all children between the age group of 6 to 14 years in the country. While the Act in itself has gaps (such as not covering early childhood education and variation in its implementation), it also introduces various positive features, some of which are in line with the concerns raised by our freedom fighters, reiterating that while scenarios have changed, the issues have predominantly remained the same.

The concept of community ownership similar to what was as described by historian Jha as village institutions, is still a missing component of the education system that the RTE Act acknowledges as a gap, and indicates establishment of School Management Committees. While according to the 4th stocktaking report of the RTE forum, 88% schools have established SMCs, yet the process of constitution of SMCs, their effectiveness and powers are debatable.

The issue of vernacular language as medium of instruction as put forward by Tagore, sees its relevance as recommendation in the same stock-taking report of the RTE Act implementation by the RTE forum of 2014, which states, “The language of instruction emerges as a major issue responsible for the dropout for a large numbers of children from marginalized communities. Mother tongue education in the early grades should be promoted. At the same time, there is need for consistent planning on this issue since the lack of adequate number of schools with Urdu medium emerges as one of the reasons for dropout for Muslim children.”

Gokhale’s efforts to bring education closer to people through mobile libraries is pertinent today with accessibility to education for hardest to reach children being one of the major gaps within the RTE Implementation. While the RTE Act has improved physical accessibility of children to schools, however, social accessibility i.e inclusion of all children of various social, economic and religious categories remains to be fulfilled. Also accessibility for differently abled children is not included.

Apart from these overall gaps, the changing rural-urban scenario must be taken into account when working towards improving the education system of our country.  As per the latest study by Save the Children, ‘Forgotten Voices-The World of Urban Children in India’, by 2040-50, urban India will constitute a 50% share in the total population of the country. So the old issues need to be looked at in a new light.

Though the progress made through the Sarva Shiksha Abhiyan and mission mode transition, especially in terms of infrastructure since the RTE Act was implemented cannot be discounted, yet, after 69 years of independence and 5 years since the implementation of the Right to Free and Compulsory Education (RTE), the fundamental issues that our freedom fighters fought for within the education system still persist though in a different scenario. Thus, we must reflect on their philosophies to build the India that they dreamt of.

Neha Sabharwal and Ketaki Saksena both work at Delhi’s Save the Children office. Sabharwal is the advocacy and communication coordinator; Saksena is the education focal person.