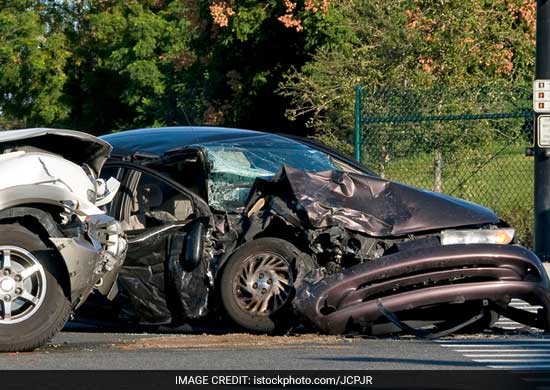 When it comes to road safety, India’s track record is very poor. Statistics show that on an average there are 16 fatalities every hour and 1 fatality every 4 minutes due to road accidents. Over-speeding and generally disregarding road safety laws are the biggest reasons for road accidents in India.

According to government data, in the year 2015, India recorded the highest numbers of accidents in the world. This is nearly a tenfold increase since 1970. A major reason for India’s poor record in road safety is the absurdly low fines imposed for traffic violations and abuse of motor vehicle regulations.

To counter this, one of the suggestions proposed by experts, and even supported by the Union Minister for Road Transport Nitin Gadkari has been the levying of higher penalties for traffic violations. Speaking at the NDTV – United Spirits Road To Safety Conclave organised during the Road Safety Week, the Union Minister said, “Higher penalties are needed for road safety to be taken seriously.”

Take the instance of the fine levied on driving without a seat belt – In Delhi, it is a measly Rs 100.

According to Ajay Kashyap, Special Commissioner of Traffic, Delhi Police, In 2016, about 2,31,813 challans were done for people driving without a seat belt in Delhi, this figure absolutely communicates the scenario that the fine of Rs. 100 for people is nothing.

We compared two major cities in terms of the numbers of violations of different traffic rules. 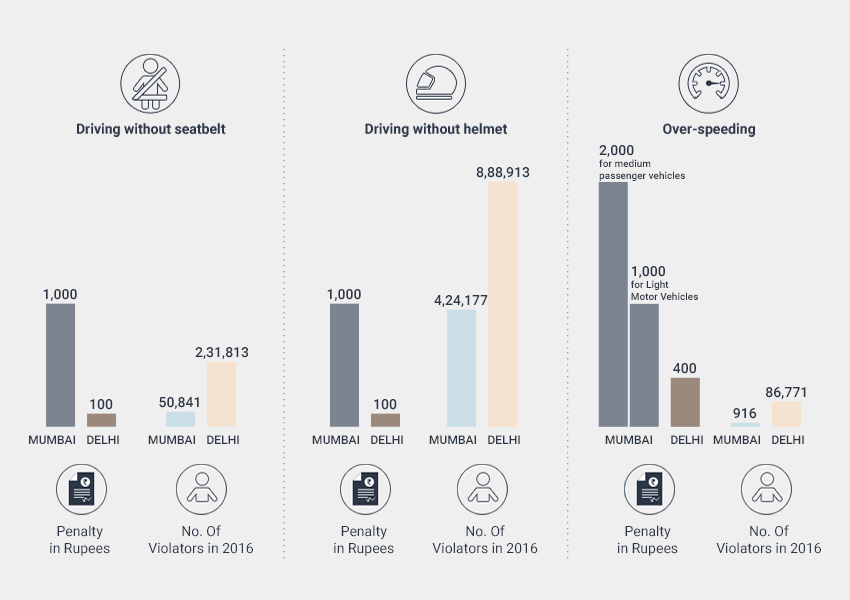 Also Read: Beware: These Are The Top 10 Accident-Prone Spots In Delhi

Clearly, the fines levied don’t work very well as a deterrent. The UK has one of the best road safety records in the world, here’s a look at what this country has done successfully to bring down their accidents rates. 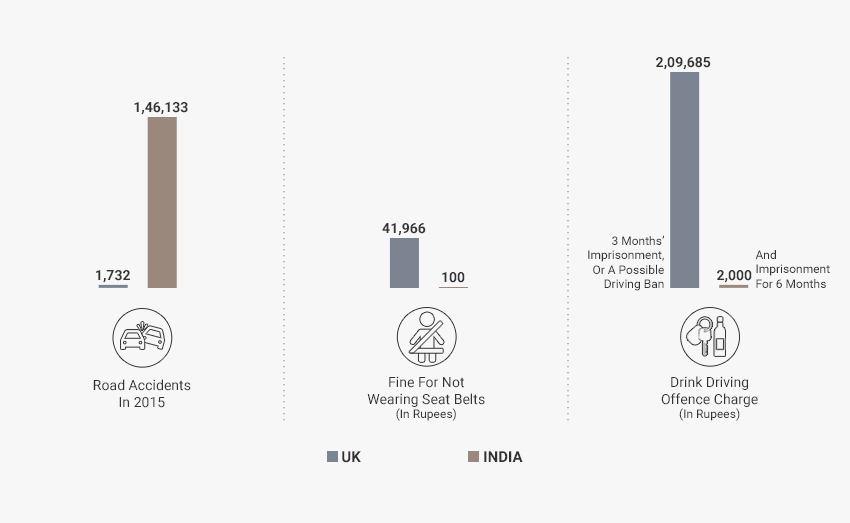 What Experts Have To Say?

One of the major points in the pending Motor Vehicles (Amendment) Bill 2016 is a higher penalty system for making roads safer in India. The bill proposes to increase the penalties for several offences like the minimum fine for drink driving has been increased from Rs. 2,000 to Rs. 10,000 and for rash driving, it has been increased from Rs. 1,000 to Rs. 5,000. Moreover, for people who will drive without a seat belt, the fine is Rs. 1,000 against the current fine of Rs. 100. The Motor Vehicles (Amendment) Bill 2016 got the go-ahead from the cabinet and was introduced in the Lok Sabha by Minister of Road Transport and Highways Nitin Gadkari in August 2016. However, since then the Bill is pending for a review with the Parliamentary Standing Committee on Transport, Tourism, and Culture.

Saji Cherian, Director of Operations from SaveLIFE Foundation reacted by saying, The existing legislation is inadequate. Passing the Motor Vehicles (Amendment) Bill 2016 is the first step to creating a legal framework for road safety in India. Penalties are being rationalised keeping in mind the inflation, a unified licensing system is being looked at in the bill. Therefore it is a much-needed move to be taken by India.

However, not everyone agrees that higher penalties might lead to safer roads.

Harman Singh Sidhu, Founder of Arrive Safe who started working for the cause of Road Safety after he met with a road accident in 1996 said, Increasing fines won’t suffice. Hefty fines will not improve the road behaviour automatically. If you see drink and driving the fine is up to Rs 5,000 for now, which is a good enough deterrent as long as it is being imposed.

Reiterating the same fact, Mohammad Imran from Safe Road Foundation added, “Hefty fines won’t work, we as people are not deterred by it. The need is to create respect for the rules and regulations, and people who commit traffic offences should be criminalised.”

Without a doubt, the effectiveness of penalties is debatable and only time can tell how much traction increased fines in the bill will find on the ground. While the bill is a move in the right direction, the biggest task will be its enforcement. 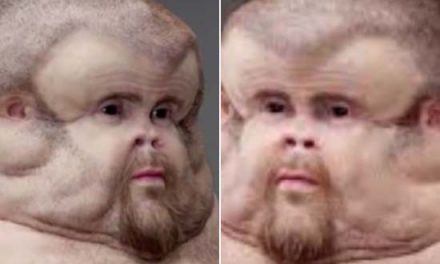