As part of the United Spirits-NDTV Road to Safety campaign, a Diageo initiative, people came out in large numbers to spread the message of road safety. 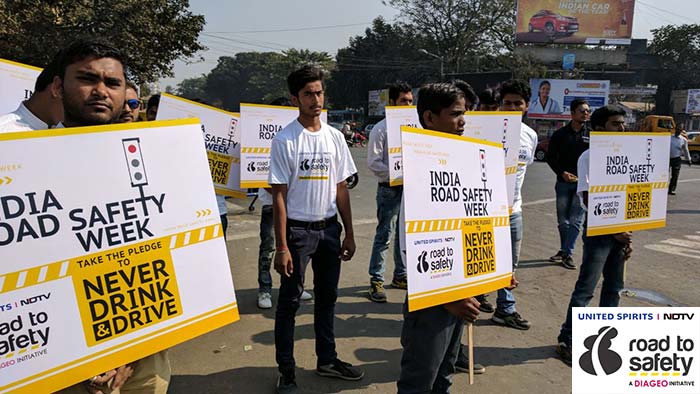 For several hours at Kolkata's busiest crossings, people were asked to sign up and take the pledge to #NeverDrinkAndDrive and make India's roads safer. Most people agreed that drinking and driving is something that they would never do in the future. 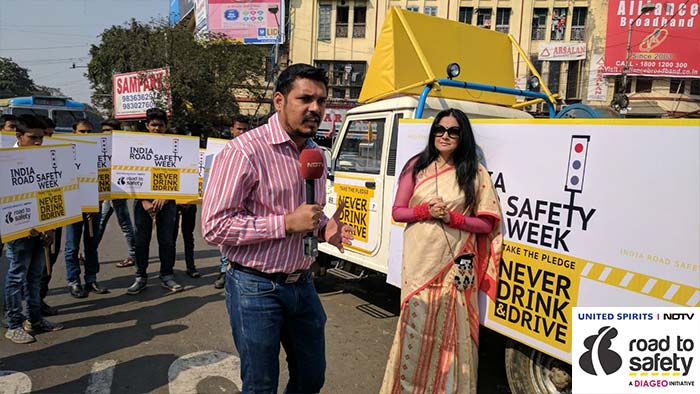 The tow-truck activity to spread road safety awareness was flagged off at the seven-point Park Circus crossing in the afternoon by fashion designer and social activist Agnimitra Paul. 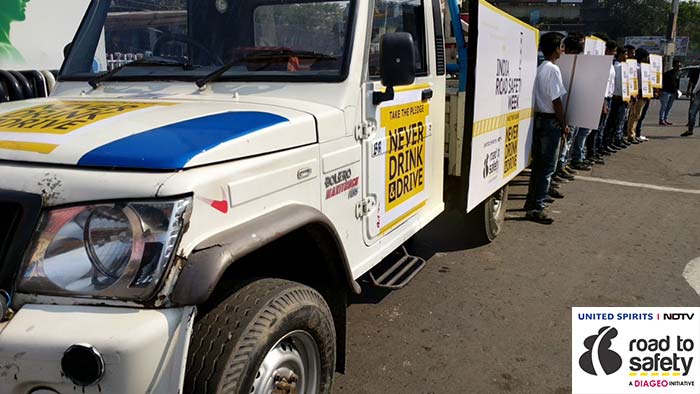 The tow-truck with a damaged car traveled across South Kolkata to send a visible message on what happens when people sit behind the steering wheel after consuming alcohol. 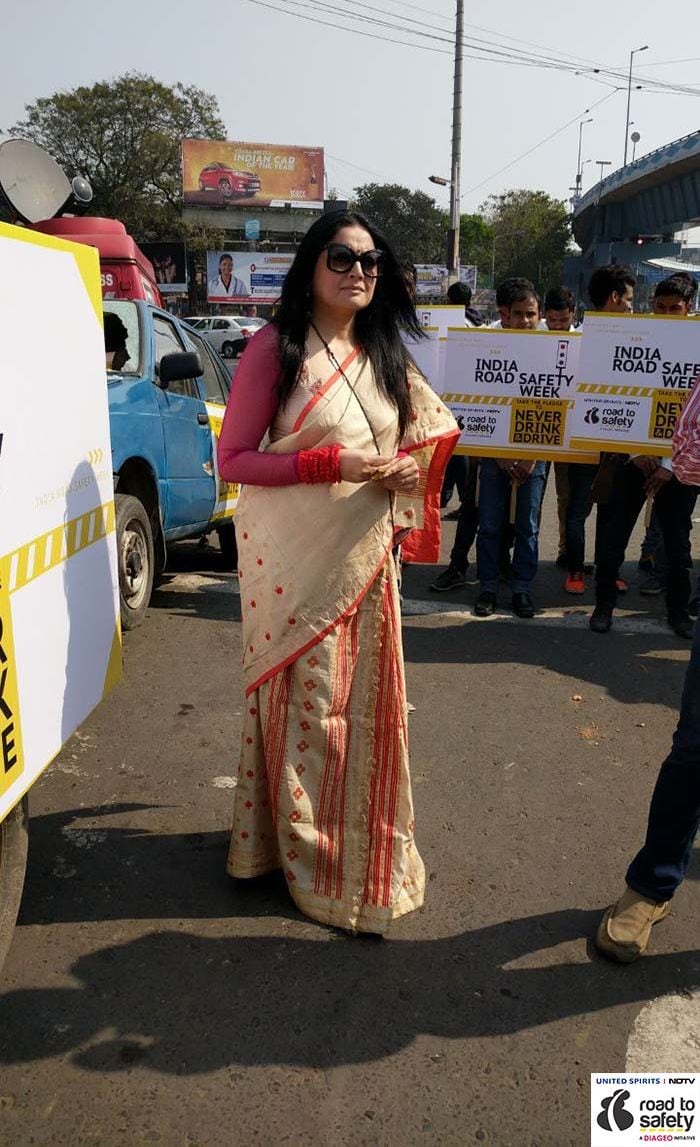 "I appeal to people to not risk their lives and drive after drinking. You not only risk your own life but also you can destroy the life of your own loved ones, another person on the street and his loved ones too", said Agnimitra Paul at the event. 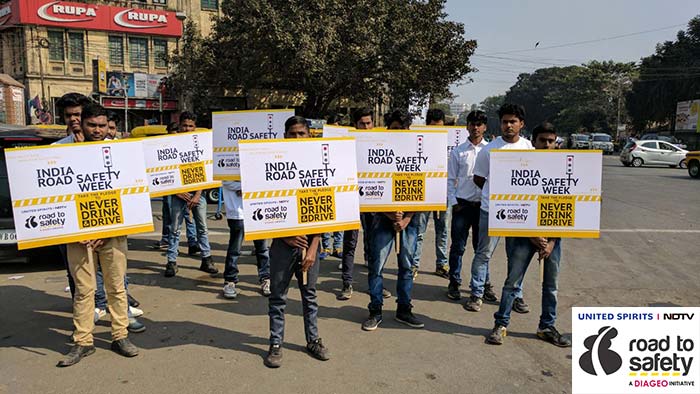 Seen here are volunteers carrying the placards to spread the message of #NeverDrinkAndDrive at the Park Circus Crossing in Kolkata.