Given the risks in farming involved, how does the government ensure that the farmers continue to produce food to feed the country? By a mechanism called Minimum Support Price (MSP) which is kind of like a safety net for the farming community. 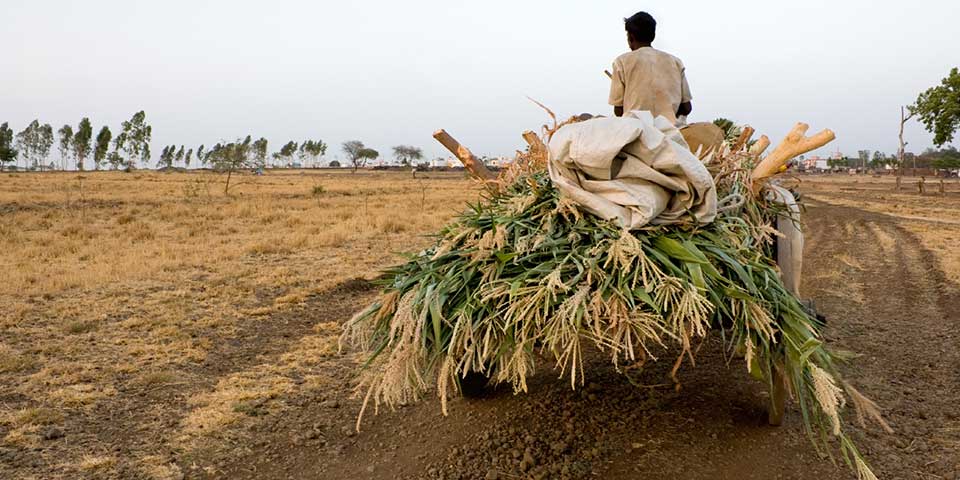 Fundamentally, agriculture is a very risky business. A farmer has to take many decisions varying from the crop he wants to sow, when he wants to sow it, and how much he wants to invest in it among many others. Add to this the uncertainty of whether the weather will favour him or go against him. India is no stranger to agricultural output being negatively affected due to lack of timely rainfall.

There’s not much a farmer can control except the choice of crop he wants to grow and how much he wants to invest in it. To a huge extent, not even the price at which he can sell his produce.

Given the risks involved, how does the government ensure that the farmers continue to produce food to feed the country? By a mechanism called Minimum Support Price (MSP) which is kind of like a safety net for the farming community.

Currently, about 23 crops are covered by MSP, out of which “effective MSP-linked procurement occurs mainly for wheat, rice and cotton”, the Economic Survey for 2015-16 points out. “While India easily grows over 70 crops, these 23 crops that come under MSP cover about 85% of crop area”, says Ashok Gulati, former chairman of the Commission for Agricultural Costs and Prices, the advisory body of the Government of India on food supplies and pricing policies.

However, procurement of these crops from the farmers by government agencies remains a big challenge. “Public procurement at MSP has disproportionately focused on wheat, rice and sugarcane and perhaps even at the expense of other crops such as pulses and oilseeds. This has resulted in buffer stocks of paddy and wheat to be above the required norms, but also caused frequent price spikes in pulses and edible oils, despite substantial imports of these commodities”, the survey says. Many-a-times, even all of wheat and rice isn’t successfully procured.

Taking a leaf from the survey, Finance Minister Arun Jaitley announced a three-pronged strategy to ensure farmers received the minimum support price set by the Centre. This includes encouraging states to take up decentralised procurement, starting an online procurement system through the Food Corporation of India, and making effective arrangements for procurement of pulses to move away from the cereal- centric agricultural scenario and encourage farmers to grow pulses.

Asked if the government’s strategy is feasible, Gulati says “no way”. “The state government needs to play a more pro-active role, the Centre needs to invest more financially, the infrastructure needs to be drastically improved and more agencies need to be put on the job. As of now, the Centre and state are both failing in their job”, he adds. There are so many times when the market prices of pulses and oilseeds fall below the MSP, “and there is no way to effectively procure them”, says Gulati, adding that “MSP is great on paper, but the ground reality is very different”.

Another interesting fact that the Economic survey reveals is the lack of awareness among farmers about MSP. “Even for paddy and wheat where active procurement occurs, there is a substantial variation across states – with only half or less paddy and wheat farmers reporting awareness of MSP”, it says.

“Spreading awareness among farmers about the minimum prices the Centre has assured them of for their crops is extremely crucial for the effective implementation of the MSP system”, says Pawan Ojha, Regional Manager, Digital Green, adding that it ensures that farmers aren’t settling for less. Their ignorance makes it easier for middle-men and hoarders to take advantage of them and loot them.

One of the other factors that the government needs to work on is increasing the MSP. “In the last 45 years, between 1970 and 2015, the basic salary plus DA of a government employee has been raised by an average of 120 to 150 times, that of professors/lecturers by 150 to 170 times whereas the minimum support price (MSP) for wheat has been raised by only 19 times in the same period,” says Devinder Sharma, a food and trade policy analyst. This income disparity needs to be addressed urgently since MSP is income for farmers, he adds.

Currently the odds are staked against the farmers. The hands that feed the nation are struggling to sustain themselves. But no one seems to be ready to bell the cat. Even the budget which declared agriculture to be one of the 9 focus areas, steered clear of announcing any reform is to the Minimum Support Price regime. The question that looms large – is real change possible in the condition of farmers without a transformation in the manner in which MSP is administered? The answer is no.