India is home to 12 crore farmers and the appalling reality is that just 2 crore, or about 20% of them are covered under any kind of crop insurance. This situation is what the new crop insurance scheme – Pradhan Mantri Fasal Bima Yojana (PMFBY) hopes to fix. 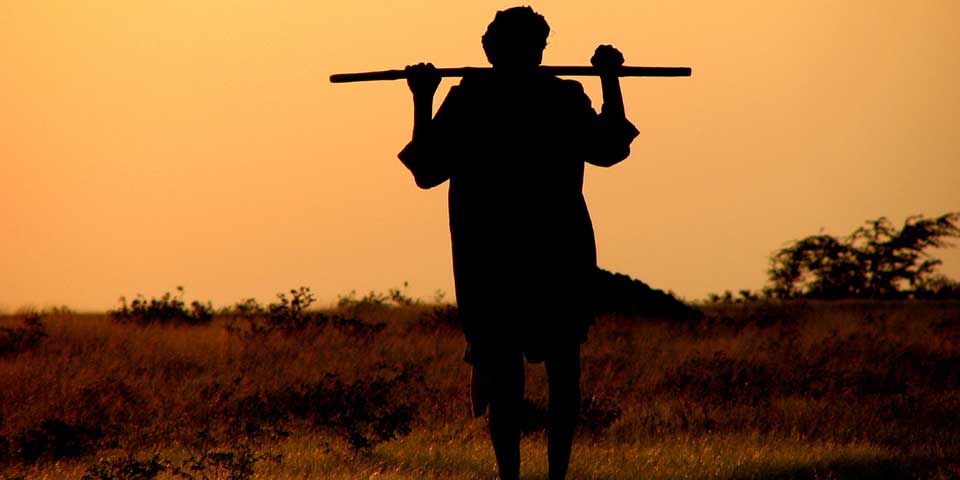 India is home to 12 crore farmers and the appalling reality is that just 2 crore, or about 20% of them are covered under any kind of crop insurance*. This situation is what the new crop insurance scheme – Pradhan Mantri Fasal Bima Yojana (PMFBY) hopes to fix.  The scheme, which covers crop loss or damage caused due to natural calamities, comes as a respite to farmers who can benefit with lower premiums and higher sums insured. It will also cover local-level calamities such as hail storms and landslides which weren’t covered in the earlier insurance schemes. It will also take into account inclement weather, and post-harvest losses due to cyclonic and unseasonal rains.

NAIS, launched in 1999, was implemented in 14 states by government insurance company Agriculture Insurance Company of India Limited (AIC), the farmers pay a premium of up to 3.5% for foodgrains and oilseed crops. The actuarial premium – an estimate of the expected value of loss in the future – is charged for horticultural crops.

Under the MNAIS, which was launched in 2013 and has been implemented in only six states, the premium is calculated on actuarial basis. This means higher the risk, higher the amount of premium the farmer pays. The burden of the premium on farmers can vary from 2% to 15%. This is quite a contrast to the flat premium rate NAIS provides.

Another insurance scheme that was implemented in 2013, and will continue even after the implementation of the new crop insurance scheme, is the Weather-based Crop Insurance Scheme. It is based on weather data, with rainfall and temperature being the primary parameters. So far, it has been rolled out in 12 states. The government has said that premium rates under this scheme would be rationalized to be at par with PMFBY.

The new crop insurance scheme, Pradhan Mantri Fasal Bima Yojana (PMFBY), substantially reduces the premium paid by farmers – 1.5% on rabi crops, 2% on kharif crops and 5% on commercial/horticultural crops. As opposed to the existing insurance schemes, there will be no provision of capping the premium rate under the new scheme. This will ensure that farmers get a higher claim against the full sum insured.

“The premium rate in the new scheme is lower than what is being charged under MNAIS and NAIS; and the procedure for claiming the insurance amount has also been made easier”, says Sanjeev Chopra, Joint Secretary, Ministry of Agriculture and Cooperation, in a bid to explain why the PMFBY has an edge over the existing schemes.

Compounding the problem of quantum of insurance is the hurdles in getting the money. Sharma cites the example of four districts in Rajasthan where a survey was conducted by a leading Hindi daily to find out how many farmers received their claims. “85% farmers in these four districts didn’t receive their claims in the last four years. Of the 2.14 crore farmers who paid the insurance premium, only 1.84 crore got some part of the claim. So about 1.30-crore farmers were left high and dry, in one of the replies in the Rajasthan Assembly,” he says.

One of the reasons for this seems to be the terms and conditions of crop-insurance schemes, which make it quite tough for the farmers. According to Lived Anomaly, a report by the Delhi-based advocacy group Centre for Science and Environment (CSE), clauses are “impractical and difficult, if not impossible” for the farmer to comply with. Sample this; farmers need to report crop damage within 48 hours of the event. Non-compliance could mean that the farmer risks receiving no compensation at all – despite possessing a viable insurance policy. Then there are delays in disbursing the claims to farmers due to long drawn processes. More often than not, there is a delay in the payout due to bureaucratic procedures including ineligibility due to changed circumstances or guidelines not followed among others.

“Once the Single Series Crop Cutting Experiments (CCEs) have been conducted by the state governments at the end of the cropping season, the data is sent to state headquarters as per the due official procedure, says Rajeev Chaudhary, Chief Risk Officer, Agriculture Insurance Company of India Limited (AIC). The data is then processed and the final field data is forwarded to the insurance company. “It takes about 3-5 months to generate primary data based on CCEs and arriving at the final figures to be sent to the insurance company. Once the yield data is received by the insurance company, claims are calculated and credited to the beneficiary’s account within 45 days”, he adds.

Once about 25% of the payout is rolled out, the remaining amount of the claim is paid only after regular crop-cutting experiments conducted by concerned departments. This takes up the entire agricultural season after which data is processed, losses analysed and the payout process begun. Farmers, thus, don’t receive the money when they need it the most.

There are also other issues linked to how crop insurance is administered in India. The insurance is credit-linked, says Geetika Singh, Climate Change Programme Officer, Centre for Science and Environment, adding that this makes taking an insurance mandatory for loanee farmers who avail loan through the Kisan Credit Card. “It is more of a loan protection mechanism. Insurance premium is like additional cost to the loan taken and safeguards the loan provider (bank) rather than the loanee (farmer)”, she says.

Another reason why the reach of crop insurance is so low is because lease farmers or tenant farmers often don’t have access, or rather aren’t eligible, to avail crop insurance schemes. “Since they have no papers or documents to show for the land they work on, they cannot avail loan, and by extension insurance”, says Singh.

The new scheme is open to all farmers irrespective of whether they are loanees or not. As long as farmers can produce a tenancy certificate, or any other document permitted by the state government, they are covered under the new scheme. “However, it is observed that most tenant farmers strike a verbal deal with the land owners. They have no official papers to show for themselves in order to apply for insurance”, says Chaudhary.

Under the existing schemes, the initial assessment of crop loss is done by the village patwari or registrar. The patwari reports losses using an ‘eye estimation’ that is submitted to the tehsildar or officer and aggregated at the district, state and national levels. However, the patwaris don’t always visit the fields because of which damage reports are commonly based on hearsay, or conversations with the villagers and farmers. This makes it very easy for the patwari to misuse his position and indulge in corrupt practices. Additionally, the procedure isn’t transparent because of which there is no way in which farmers can ascertain if the crop-loss assessment made by the patwari is accurate. The tools and technology used by the patwaris to effectively evaluate the loss can also be put under the scanner.

Now with the new scheme, the government plans to use remote sensing, smartphones, and other modern technologies for quicker and accurate crop loss estimations. With the introduction of technology in determining crop loss, the claims settlement procedure will hopefully dilute the power of patwaris, and ensure speedy processing of payment claims. “However, it is important that we formalise the use of technology through a model which farmers have confidence in”, says Singh.

Additionally, the use of drones and smartphones can only take notice of a crop field that is visibly damaged. The crop loss and damage must be computed on the ground. “Crop-cutting experiments seem like the only plausible way to assess crop losses”, says Sharma.

Despite the present hurdles, it seems claims amounting to Rs. 7,965 crore have reportedly been disbursed to farmers during the kharif and rabi seasons of 2014, according to AIC’s Rajeev Chaudhary. He added that the premium received for the same period was over Rs. 4,958 crore.

Even though the new scheme doesn’t address concerns like strengthening institutions at the local level, or establishing a direct link between the farmers and the insurance companies, it can drastically improve the number of farmers insured if implemented right.

The new crop insurance scheme aims at covering half of India’s cropped area in the next three years, up from the present level of approximately 20%. How feasible is that? “Given that insurance premium now is uniform, and that the balance premium amount will be shouldered by the state government and the Centre on a 50-50 basis, the target seems realistic”, says Singh. However, a lot will depend on whether the state and Centre play their parts right and make the payments on time. “Delays in payments by the governments will delay payouts to the farmers rendering the scheme ineffective”, adds Singh.

Finance Minister Arun Jaitley has allocated Rs. 5,500 crore in the Union Budget 2016-17 for the new insurance scheme that will be rolled out in the coming kharif season. Having allocated a total of Rs. 35,983 to the agriculture ministry, the Centre has put the focus back on agriculture and boosting the rural economy.

* Source: ‘Lived Anomaly’, a report by the Delhi-based advocacy group Centre for Science and Environment (CSE).