Of Living in Bubbles to Fight Pollution 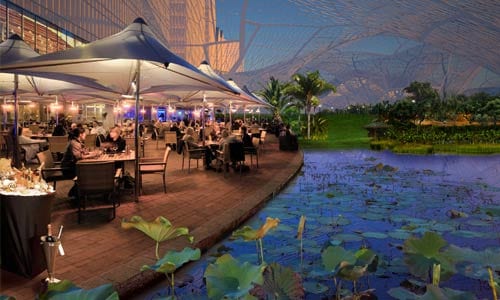 Desperate times call for desperate measures. Indiscriminate human actions and exploitations have ruined the very things that our lives depend on. The water we drink, the air we breathe – we seem to have contaminated these to such an extent that we are now looking for man-made remedies, for resources that nature gave us in abundance and for free.

What do you do when you find report after report claiming that our cities are too polluted to live in, with a recent international study claiming that least 80 people die in Delhi every day due to air pollution? You run for cover! But even that may not be safe, as indoor pollution is even more dangerous than outdoor pollution.

Not if the cover is of a different kind. What do you think of a transparent canopy that covers your building, office or the neighbourhood park and ensures the circulation of clean air within? Called Bubbles, since you are literally living in a bubble, this architectural concept might seem more like a sci-fi project, but its designers believe it’s the need of the hour.

“Bubbles does not solve the problem of air pollution; that is the job of the Centre and the state government. What Bubbles does is provide a space in dense cities that churns our clean air for people to breathe within a temperature controlled envelope”, says Rajat Sodhi, an architect with Orproject, a research based experimental architectural practice with offices in New Delhi, Beijing and London. “As an architect, I felt it was my responsibility to come up with a solution that could provide temporary relief to people”, he says.

“I lost a friend to cancer in Beijing. He was suffering from it due to the high levels of air pollution in the Chinese capital”, says Sodhi, adding that this incident and the perpetual complaints of increasing pollution by his friends residing in Beijing and Delhi compelled him to explore architectural and urban possibilities to create a structure that ensured people could breathe natural, clean air. He believes that Bubbles is the solution to the pollution problems faced by many across the world today. 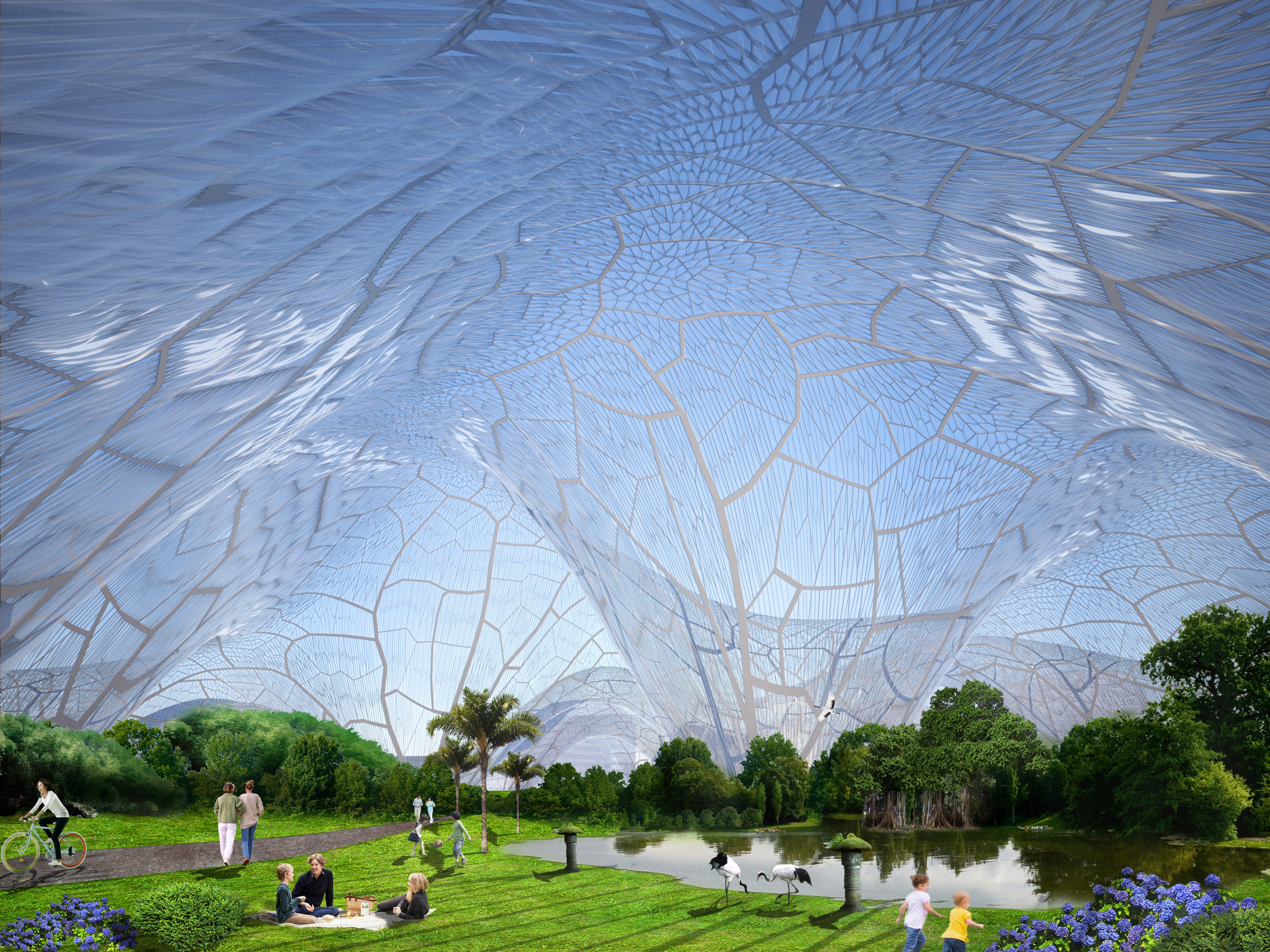 The idea to cover parts of a city by a dome isn’t new. It was proposed by an architect named Buckminster-Fuller for the city of New York. However, the idea hasn’t materialised so far. Sodhi insists that his proposal is realistic, and that Orproject has developed an economically feasible system, together with a Germany based specialist, to turn this concept into a reality.

The bubble dome is an extremely light weight and flexible structure that can be built in dense metropolises as long as there are patches of greenery which ensure the natural production of clean air. Bubbles is made using Ethyl-Tetraflouroethylene (ETFE). ETFE leaves absolutely no carbon footprint on the environment and is 100% recyclable. It is a space-age material that was used by NASA during the earlier part of the space exploration programs in the 1960s-70s and has now become commercially viable. Many stadiums, large space structures and building facades have been made using ETFE technology around the world. A prime example of this would be the Eden Project in Cornwall, England, United Kingdom.

Bubbles is based on the principles of bio-mimetic architecture, typically lightweight environmental structures inspired by nature. The geometry of the canopy is inspired from the veins in the wings of butterflies and leaves. “Like a butterfly wing, that uses very little material and structure to create a large span which is robust for flying, we were interested in exploring similar geometry for a large span, light weight structure that uses very little material”, says Sodhi. 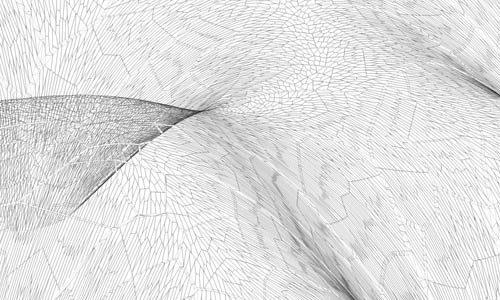 ETFE’s high levels of insulation combined with solar panels and passive cooling systems conditions the covered space to 25 degrees Celsius throughout the year. Bubbles is a weather insulated structure, “It doesn’t get impacted by natural weather patterns. However, since it is a naturally stretched membrane that is acoustically transparent, the noise during rains could be a concern. Although, this is rather subjective; some people enjoy the sound of rains while the others may find it annoying”, says Sodhi.

Is it a technically feasible concept? “Fairly”, says Tania Banerjee, who engages in climate change and advisory services in sustainability at Ernst & Young. “With the right choice of material, advanced computational technology like bio-mimetic architecture and solar photovoltaic systems, the energy consumption involved in this structure can be drastically improved and the idea of clean air can really take off,” Banerjee adds.

“Bubbles could work in dense cities like Mumbai and Delhi. I believe that Municipal Councils must address public spaces in metropolises and other upcoming cities across India and create laws and regulations that benefit the public and not just the developers. The current laws allow for creation of unsustainable smart cities, but do not address the qualitative environment of these cities. For example, the current master plan for New Delhi or Mumbai does not even begin to understand the impact of sound pollution, air pollution or visual noise in the urban environment that would be a direct result of its current planning policies. As an architect, I feel the state must address these qualitative aspects of urban planning instead of focusing on economically driven aspects in order to make cities healthier and sustainable. Following the current trajectory of urban design in India, we are moving towards cities that look more like overcrowded slums full of cars and bad air quality than cities that can sustain human life and development where the future India will thrive”, says Sodhi.

“What Buckminister Fuller proposed decades back hasn’t been realised till date. However, having said that I believe we need to experiment with futuristic ideas. Many ideas which were envisaged in movies have become reality. Bubbles could be one such project. Delhi government’s health minister is himself an architect. He could be the first step; the project could be taken further from there,” says Mandeep Singh, Dean of the School of Planning and Architecture, Delhi and former head of the architecture department. 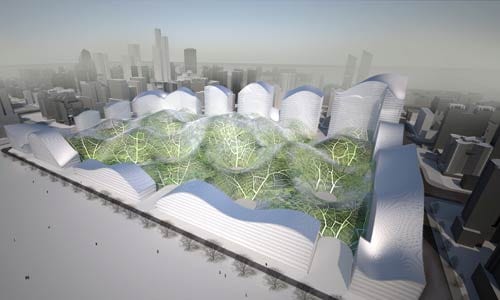 The cost of Bubbles would be about Rs. 4,000-6,000 per square foot. It’s not more than the cost of most buildings in Mumbai or New Delhi. The costs can be reduced and optimised further if the demand for Bubbles increases and the production of ETFE can be done in India instead of importing it from Germany.

“ETFE allows for reduction in heating and lighting costs by up to 30%. However, its financial feasibility in the Indian context is questionable given that it needs to be imported. China, in this case, has an edge over us. It’s one of the dominating nations that produce ETFE plastic panels”, says Banerjee. “Financially, it would be way more feasible if ETFE could initially be imported at subsidised rates to foster the take-off of this technology, or manufactured locally within the country”, she adds.

However, Sodhi is of the opinion that the cost involved shouldn’t be a deterrent given the overwhelming benefits of Bubbles and the need for clean air. “Would it matter how much it costs if 90% of the new-borns in are born with Bronchitis or some other respirator disorder?”, he asks. Valid question, but by that logic by now we should have all switched to renewable energy and nature’s own oxygen producing factories – our forests – would not be endangered still!